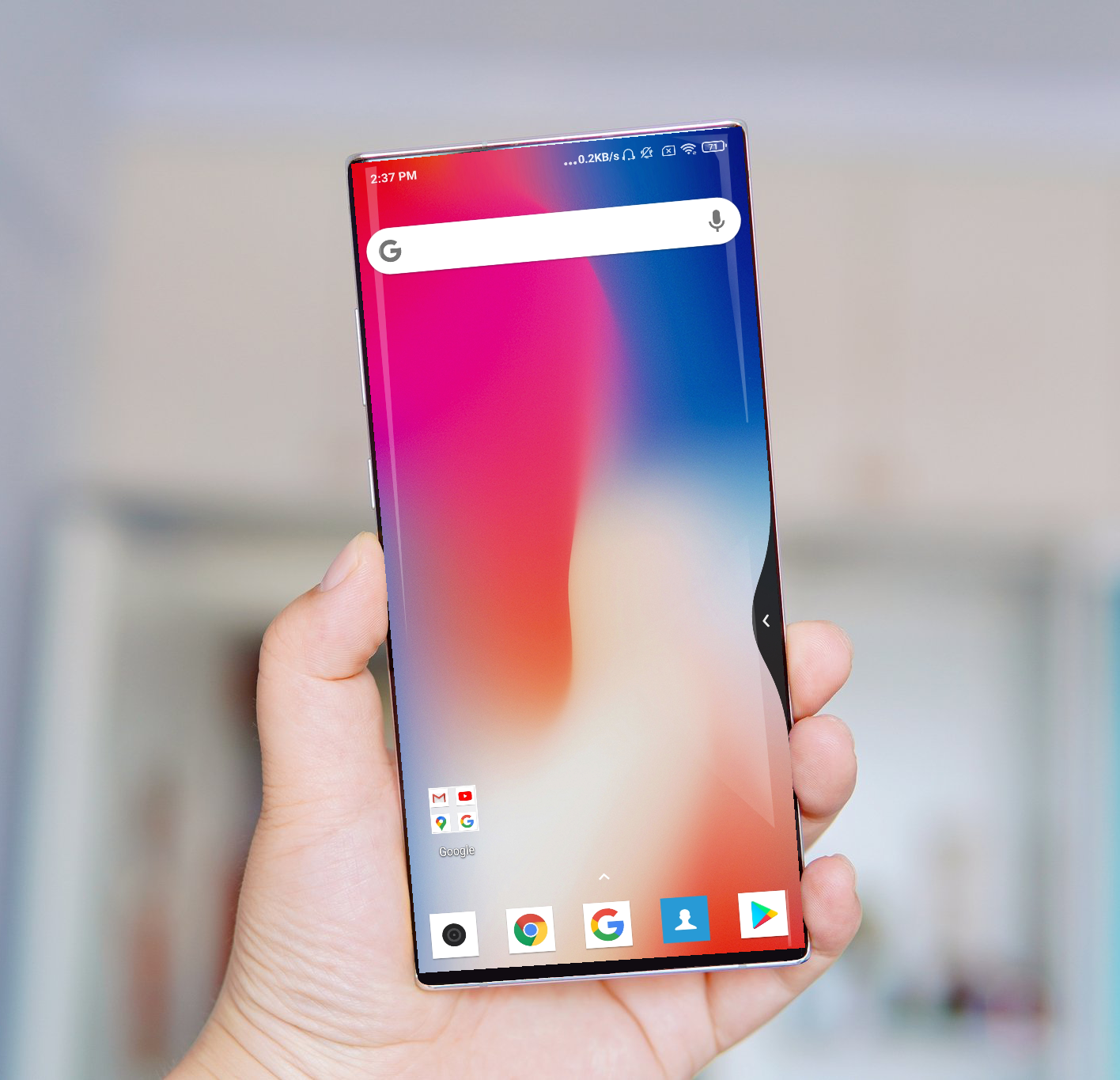 Unfortunately, Google didn’t make an API for third-party home screen apps to inject themselves into the multitasking UI like the stock launcher can with its system privileges. So when you switch to a new launcher like Nova Launcher or Lawnchair Launcher, the QuickStep gesture gets broken.

To prevent this from happening, many Android 10 builds will simply disable gesture navigation when you set a third-party launcher as the default home app. The option will be grayed out (blocked) in Settings. But there is way, Using the ADB, you can force the option to become available again so you can use gesture and a custom launcher at the same time.

Note: This function may not work with all the launchers, I tried this with Nova Launcher and Lawnchair Launcher and it worked in my devices. Give it a try on your device and comment down below.

You need to send an ADB command to do this. So to start, download the Platform-Tools ZIP from Google, which contains the software your computer needs in order to send ADB commands.

Now, extract the ZIP you just downloaded. Place the extracted folder on your desktop for quick access.

STEP 3: Open the Prompt in the Platform-Tools Folder

Now, open the command prompt utility on your computer. If you’re on Windows, press the Windows button on your keyboard, then type “cmd” and hit enter. If you’re on Linux or Mac, open “Terminal” from your Applications folder.

Once in the command prompt, type “cd” (without the quotes), then add a space, but don’t hit enter yet. Instead, drag the platform-tools folder from Step 2 and drop it right on top of the command window. This will populate the full file path of the folder, at which point you can press enter.

In Windows, you can just open the platform-tools folder and type cmd and press enter in the Address Bar.

If you haven’t used ADB with this phone before, go to Settings –> About Phone, then tap “Build Number” seven times in quick succession to unlock the Developer Options menu. Open the developer options now, then enable USB Debugging.

When you’re done there, connect your phone to your computer with a USB data cable. You should then receive a prompt like the one below. Tick the box next to “Always allow,” then press “OK” on this prompt.

Now make sure your default home screen app is set to a third-party launcher, forcing the OS to gray out the gesture navigation option. Double check that your phone is connected to the computer, then input the following command and hit enter:

If that returns a “command not found” error, copy and paste the command below instead. If that still returns an error, there’s a problem with your ADB installation.

Immediately after successfully sending the command, your phone should switch to the Android 10 gestures on its own. But as you’ll notice, your custom launcher is still the default home app, so you get the best of both worlds!

What it’s doing is just force-enabling gesture navigation regardless of any other system checks. Functionally, that should result in the stock home screen app continuing to inject its data into the QuickStep view even though you’re using a third-party launcher for your home screen app.

That means you might have two home screen apps running simultaneously in the background at times, using up more RAM. At other times, the stock launcher’s background processes will get killed since it no longer has the protections of a default app, resulting in the QuickStep integration breaking and causing a stuttery animation the next time you open your multitasking UI.

I also found that on some devices, the gesture indicator bar at the bottom would disappear, though gestures would still work.

If you decide at any point in the future to switch back to the way things were, you’ll need to send another ADB command. So repeat STEP 3 to get the prompt ready again, then enter this command:

Again, if you get a “command not found” error, you just need to tack a period and a slash to the front of the command and send it again:

Once inputted, the previously selected navigation method will become active again, and you will no longer have access to the gesture navigation unless you disable the third-party launcher.

137 People reacted on this